The Surf Coast Century Is Coming To Town

As this was the first 100km race I ever competed in, the Surf Coast Century has a special place in my heart.

It is a beautiful course and has options for both single and group competitors.

Below is all the information you need about the event and the training.

Provided by the good people at Rapid Ascent.

Looking for some coaching?

I have personally used  The Running Man online programs before and they are fantastic.

Both David and Nikki provide a tailored program to get you ready for your big race.

I managed to reach my goal of sub 14hrs at the North Face 100 due to Nikki’s amazing coaching so I know you will be in good hands.

If running 100 km is not for you then go down and support this event, help out, volunteer or just book some accommodation and soak in the beautiful location.

But do it sooner rather than later as this event and accommodation sell out quickly.

You won’t be disappointed.

Now I’m off to plan my next adventure!

DISTANCE: 100km and 50km solo ultramarathons, and 100km relay (team of 2 or 4)
DATE: Saturday 3 September 2016
LOCATION: Start/Finish in Anglesea, Victoria, on the Great Ocean Road
ENTRIES: Entries are open! ENTER HERE
WHO: Australia’s elite runners through to those tackling their first ultramarathon – all welcome. 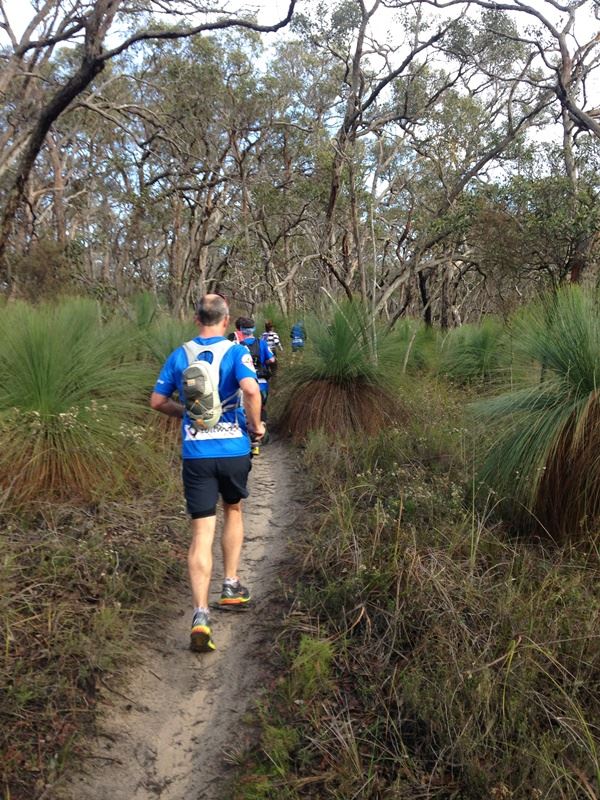 In the lead-up to the Surf Coast Century, Rapid Ascent is hosting 4 free training runs along sections of the course (one on each of the 4 x 25km legs) in conjunction with the Surf Coast Trail Runners.

The first two training days have seen fantastic turnouts of runners eager to add some miles to their training and familiarise themselves with the course. Were you there? Check out the album and see if we snapped a pic of you in action.

Upcoming training runs on the course

The next training run on Leg 3 of the course (Anglesea to Moggs Creek) is on Sunday 24 July. Often regarded as the hardest leg of the race, this leg (28kms) includes the largest hills and most demanding terrain, so it is ideal if runners have been over it beforehand. You’ll also get the chance to meet some other runners training for the event.

The run will be hosted by Matt Bell from the Surf Coast Trail Runners Group along with Sam Maffett, Rapid Ascent’s General Manager also joining in for a run and to answer any questions.

Please register if you plan to attend by clicking ‘going’ on the Facebook Event here on the Surf Coast Century Facebook page. We’ll communicate to all runners through this group.

David Eadie and Nikki Wynd are two incredibly experienced ultra-marathon runners who have joined the Surf Coast Century as race ambassadors again in 2016.

They are the people behind ‘The Running Man’ website and are also hosting two coaching days on the course in the lead-up to the event, including information sessions complete with training programs, running pace and efficiency, race nutrition, equipment advice and more.

Contact David and Nikki to confirm your place: scc@therunningman.com.au

To make training on the Surf Coast course by yourself or with friends even easier we’ve created maps of recommended training runs in and around Anglesea so you know you’re on the right track. Click here to access.

I explore and film wild places. Come join me!

DIY Marathon – A Guide To Building Your Own Marathon